What Rights Do Crime Victims Have?

A victim is a person who has suffered financial, social, psychological, or physical harm as a result of a crime and, in the case of a homicide, a member of the immediate family of the victim.

Restitution is the amount of money ordered by the court to repay the victim and / or insurance company for financial losses caused directly by the commission of the crime. There is no guarantee with restitution because it is dependent on the defendant paying. The defendant is responsible for paying restitution.

The crime victim’s advocate identifies the victim(s) in a crime and sends a written notice of the charges filed and an explanation of a victim’s rights.

What We Don’t Do

The program is partially funded by the State of Oregon and employs one part-time position to act as the victim’s advocate. If you would like to contact the City of Eugene Crime Victim’s Advocate you may do so by calling 541-682-8432, or email. 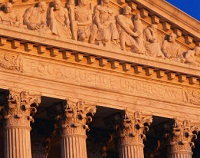 When a crime is reported, the police are responsible for conducting an investigation. After completing their investigation, the police may submit their reports to the City Prosecutor’s Office. A prosecuting attorney then reviews the case and decides whether to charge an individual or individuals with a crime.

When a defendant (suspect) is arrested and taken to jail, the defendant must sign a release agreement before being released from custody. The conditions of the release agreement include appearing in court as ordered, not leaving the state without the permission of the court, and not having any contact (direct or indirect) with the victim of the crime for which the arrest has been made. The release agreement is in effect until the court case is concluded. If a victim is contacted by the defendant while the case is pending, the contact should be reported to law enforcement.

A criminal case begins when the City Prosecutor’s Office files with the court a charging document, called a complaint, against the defendant or a police officer files a citation with the court. That document sets forth the offenses with which the defendant is being charged.

If the defendant enters a plea of not guilty, either a trial date will be set or the court may set a trial status report (settlement hearing). If the case goes to trial, victims and witnesses will be subpoenaed to testify and trials may be postponed from time to time.

If the defendant enters a guilty plea, the defendant may be sentenced at the time of the plea, or the sentencing may be scheduled for a later date to allow the victims to attend if they have so requested. 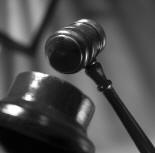 The sentencing is the final step in the prosecution, after the defendant has been convicted at trial or by entering a guilty plea. The sentence is the punishment imposed on the defendant and is determined by the judge within the boundaries set by Oregon law and the municipal code, according to the type of crime or violation. The City Prosecutor’s Office and the victim can make recommendations, but the judge has the final authority.

Restitution is reimbursement by the defendant for losses incurred directly as a result of the crime being prosecuted. Restitution may include property damage or loss and medical expenses or wages lost due to personal injury. At the conclusion of the case, the court may order the defendant to pay restitution to the victim as part of the sentence.

If you have been a victim of crime in Oregon, the Crime Victims’ Compensation Program may be able to help you.

To be eligible for compensation you must:

Compensation losses / expenses may include:

Compensable losses do not include:

The information on this site does not constitute legal advice. For legal advice contact the Oregon State Bar Lawyer Referral at 800-452-7636.